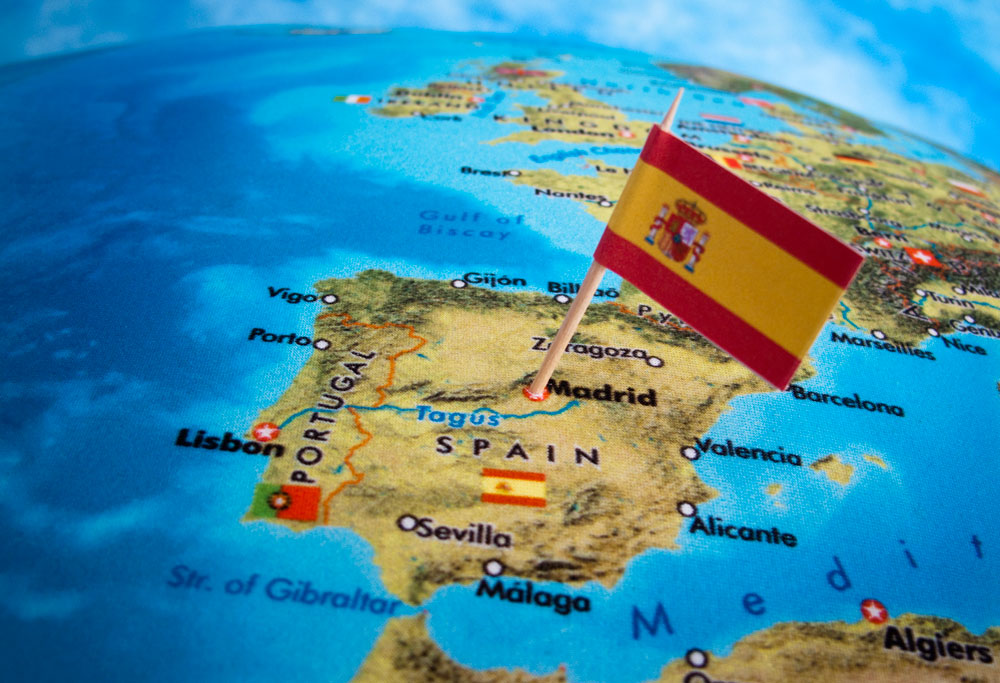 After decades of hiding in the shadows, biding their time, Spain's terroir-driven winemakers have risen up in their might and are publicly challenging the opposition.
They're a diverse bunch, ranging from the owner of Pingus, arguably Spain's most famous brand, to Raventos I Blanc in Penedes. But what unites them is a passionate belief that terroir above all else must be reflected in their respective wines, with legal recognition given to the superior vineyards within an appellation.

Of course, there has been a debate behind closed doors for years about whether the DO framework reflects the priorities and values of today's producers. Yet it was not until January 2016 that these grievances were given any kind of unified focus, when winemaker Telmo Rodriguez unveiled a controversial document that caused a surge of excitement across Spain's viticultural landscape: the manifesto in defense of Spanish terroir, known as the Matador Manifesto.

Endorsed by Spain's brightest firmament of winemakers - many of whom produce the country's most expensive wines - the manifesto's influence has already been felt. In July this year, ABRA, the association of Rioja Alavesa producers, petitioned the Basque government to create a separate appellation for Rioja Alavesa wines. Under the proposed designation Vinedos de Alava, growers would be able to distinguish their output from generic Rioja wine, an idea that also strongly appeals to Javier Galarreta, who lambasted the Rioja classification system as "outdated".

But is this what the manifesto's creators intended?

"We wanted to establish some kind of differentiation, to enable consumers to understand that artisan wine made from a specific terroir has little in common with commercial wine, made with no reference to terroir at all," replies Peter Sisseck. "Telmo decided that Spain needed an alternative way of promoting its wines through references to individual terroir – under most DO rules you are not even allowed to use the village name on a label, which is ridiculous."

Such a turn of events would have been unthinkable decades ago, when the authority of Spain's DOs was generally unquestionable. But those days are long gone – producers want change and are increasingly becoming more bold in their criticism of the DOs. Make no mistake – a war has begun.

On the opposing side there are wine bureaucrats, a motley collection of big brands and traditionalists such as Pedro Ballesteros MW. In September 2016, Ballesteros MW openly criticized the "terroirist" approach, noting that it was a mistake to think "a single vineyard should be better than a wine from several unique vineyards".


Ballesteros MW has missed the point entirely. Sisseck, Rodriguez and other terroir-driven winemakers have never suggested that single-estate wines are automatically superior to blends. What they understandably detest is the categorization of such a diverse range of terroirs, wines and climates under one simple designation. "The equivalent would be lumping all of Burgundy's incredibly varied wines under one simple generic Vin de Bourgogne appellation, which is clearly nonsensical," noted Rodriguez.

For some leading producers, however, it was better to lay down their arms and vote with their feet. Pepe Raventos started the ball rolling, abandoning the Cava DO in November 2012 to make wines under his own uncertified classification, Conca del Rui Anoia. But the bloodshed didn't stop there: Bodegas Artadi sent shockwaves through the Rioja region in February 2015 after they announced their decision to leave the appellation structure – an unprecedented occurrence in the zone.


"The Rioja DO (appellation) is simply too large, covering 63,137.39 hectares, according to the census of 2013," said owner Juan-Carlos Lopez de Lacalle. "There is no other singular appellation covering such a large vineyard area in the world – Rioja is a designation that gives no due recognition to any differential in vineyard quality and it is for this reason that we have been forced to leave the DO," he added.

The reasons behind this historical lack of interest in classifying terroir are both commercial and cultural, according to winemakers. The Rioja Consejo Regulador for example was established in 1926 and today oversees a legal framework that has changed little over the decades – save for some innovative choices like allowing Chardonnay into white Rioja blends. Under the DO rules the region is subdivided into three districts: Rioja Alta, Rioja Alavesa in the Basque country and Rioja Baja.

However, this arrangement owes more to the political structure of post-democratic Spain than to the actual distribution of the vineyards. No attempt to further classify the vineyards was made. Instead, Rioja classified its wines according to the period of aging in barrel and bottle, with Joven, Crianza, Reserva and Gran Reserva wines traditionally priced in ascending order. "There is a long tradition in Rioja of buying-in grapes and wine from selected growers to blend into a brand. The system of Crianza, Reserva and Gran Reserva is cemented into Riojan tradition," explains Contino winemaker Jesus Madrazo. "That's why the concept of terroir has been ignored for so long here."

Madrazo understands the importance of terroir classification more than most. "In the early '60s, my father José Madrazo Real de Asua was responsible for buying-in grapes for Viña Real. One of the vineyards that supplied him with his best grapes was close to Logroño around the village of Laserna, the present-day Contino estate. In light of the great quality that he found in this plots, he took the decision to create, with the help of CVNE, a single-estate, domaine-bottled Rioja wine, by the name of Contino, and the first harvest was in 1974," he explains.

Yet for many years the Consejo Regulador told Contino that was illegal to use the expression "single-vineyard" in a label, according to Madrazo. "The Spanish DOs have, for a long time, maintained enormous power in being solely responsible for marketing their regions as single entities and they tend to be heavily politicized – especially in Rioja," agrees Peter Sisseck.

Indeed, for every Jesus Madrazo there are major brands who wish to maintain the status quo. "Rioja's vineyards are divided between 17,000 owners; the wineries only own around 20 percent of the vineyards, the rest being in growers' hands," says Valenciso owner Luis Valentin. "Fifty percent of the total production is controlled by less than 10 wineries. Wineries which do own vineyards, control land in vastly different areas and villages across the region. Therefore the concept of ranking vineyards is in opposition to their commercial structure."

So it is clear any vineyard classification could potentially affect grape prices and producer costs dramatically’.