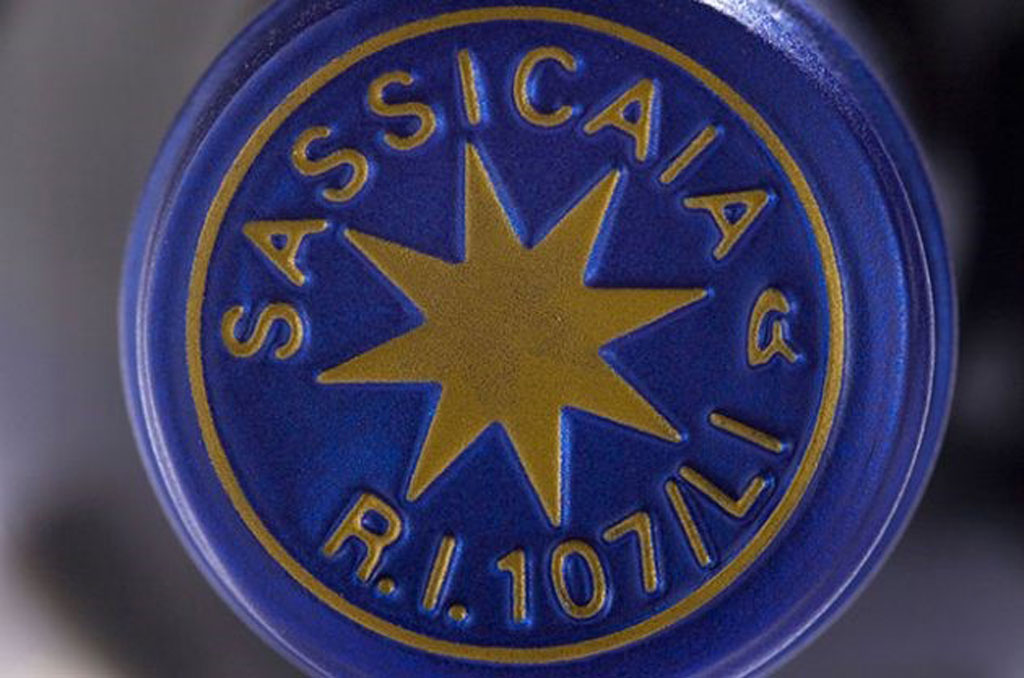 ‘Jane Anson becomes one of the most envied people in wine after getting to taste 44 vintages of Sassicaia in a 17th Century palace in Rome. Here's her report and her favourite wines.

Approaching sensory overload. That may be the best way to describe a tasting of 44 vintages of Tuscany’s Sassicaia while seated in a fresco-ceilinged room in Pope Innocent X’s 17th century palace overlooking the fountains of Piazza Navona in Rome.

Frankly, Sassicaia is a wine that provokes enough emotions without the accompanying Roman splendour.

It is described by Carlo Paolo, director of Tenuta San Guido, as representing, ‘the best of Italy’s achievements as a winemaking country over the past 50 years’.

To understand what that means, it’s worth heading back to the Italian wine scene in 1968, the inaugural vintage of what was to become the first, and is still arguably the best known,Super Tuscan.

At the time, pretty much all Italian wine was either consumed locally or shipped off in bulk to the rest of Europe where it was blended with weedier examples that needed some beefing up.

The Italian system of DOC made its appearance only in 1963 (compare this with Spain, that had its first DOC with Rioja in 1925). Tuscany’s Chianti region got its DOC in 1967, a reflection of its rich history that dates back many centuries.

And yet at the same time, a wine that came from nowhere, planted in one of the few areas of Tuscany that was not even considered as particularly interesting for winemaking, was about to make its appearance.

Bolgheri Sassicaia was born from a hunch by Marchese Mario Incisa della Rocchetta , who took Bordeaux grapes over to the Tuscan coast.

It was made privately at the estate from 1948 until 1967, until the Antinori family and their oenologist Giacomo Tachis became involved. At this point, the 1968 vintage became the first Sassicaia available to the general public.

This vertical, organised by Italian wine guide Gambero Rosso, went right back to that first vintage, and missed only the two years that the estate didn’t make (1973 and 1969). Many of the wines were from the family’s private cellar – owner Priscilla Incisa della Rocchetta was with us – and some of the older years were the last bottles.

So what did we learn?

That the younger vintages hint at the exuberance and generosity of the Tuscan sun of course.

These are Bordeaux varieties perhaps, but you could never take this wine for a St-Julien. And yet, you also have to forget the stereotype of Tuscany when you approach Sassicaia. Here on this small piece of land there is an oceanic influence (warmer breezes undoubtedly but still similar to the Médoc) that encourages balance.

The vineyard itself has around 90 hectares, from an estate of, 2,000 hectares, with the vines planted wherever they are best suited across four separate spots rather than in one continuous plot.

And like the great Médoc estates, Sassicaia is exceptional because it is not a tiny cuvée, but keeps up the pace over a large number of bottles and many years.

Average production is 220,000 bottles annually, which means it is fairly widely available to wine lovers with the budget. But where it differs from Lafite, Latour and their siblings is that Sassicaia has kept Italy as its biggest market, something they should rightly be proud of.

What is also clear is that Sassicaia has the signature of a great wine in spades – the balance, the longevity, and the ability to change and evolve in the glass, giving something new each time you return. It’s worth pointing to the exceptional softness of the tannins, that even in the young bottles are gentle and caressing.

Almost impossible to imagine another European Cabernet-based wine, tasted through this many vintages, managing to pull off this gentle physicality. It took a good 20 vintages before any build-up began.

The last decade particularly showed that the faith put into Sassicaia is richly rewarded. These are bottles with complexity, elegance and balance. In contrast, we had a very good but hugely pumped up, oak-driven Tuscan at lunchtime. I had one sip then put the glass down.

Four of the Best Sassicaia wines:

Silky rich in colour, these wines speak of careful extraction, nothing impulsive or overdone. At six years it is just tipping over from its tight expression of youth to more open aromatics. This has a hauntingly exotic but restrained feel, with beautiful notes of leather, woodsmoke, undergrowth, still full of heady autumnal fruit. I am crunching through October leaves, with the promise of spring and of rising sage and rosemary. The lightness that comes in on the finish is striking, and yet with a persistency that hints at hidden power. Still many years ahead of it. 85% cabernet sauvignon, 15% cabernet franc. 13.5%abv.  96 points / 100.

Clearly stronger and richer in colour than the 2002, with a wonderful nose, you feel the older Cabernet coming through on this now, merging together with warming spice. A slow teasing buildup of tannic power over the palate, where the flavours begin softly, then tighten. Some animal leathery notes, certainly, but fresh clean leather not Brett, this is a powerful wine, full of hedonism and optimism. The fruit is rich wild strawberries and raspberry coulis, exotic, cinnamon spicing, but not overblown because a grip of salinity comes in on the finish. A great wine, still young. 85% cabernet sauvignon, 15% cabernet franc. 13.5%abv. 99 points

Am loving that tingle of tannins that I am now getting, just beautiful. The florality is heightened, with roses and redcurrant leaf, soft white truffles, and the most beautiful rolling tobacco. Supremely elegant, a masculine wine but one that is in full ‘holding open the door’ mode. A nose that keeps on opening up, pausing to allow you to catch up. We are in libraries, secret passages, you feel the history of the building in this wine. You feel that it is a testament to its time. Gorgeous, makes you smile with joy at how good great wine can be. 85% cabernet sauvignon, 15% cabernet franc. 13.5%abv. 98.

Wow, this is practically bursting out of the glass and out of the line-up. Black olive tapenade, salty anchovy tang, rosemary and sage, against the black cherry and redcurrant fruit. Incredible testament to the life possible in Sassicaia. Get hold of this wine if you possibly can. The still-present tannins are not trying to exert an influence, they are simply confident of keeping the fruit gently cradled and in line. A peculiar vintage because of a very cold winter, where 80% of the olive trees in Tuscany were destroyed. It no doubt contributed to the low yields, as did the long, sunny and dry growing season. This is an iconic wine that is proving its worth and then some. 85% cabernet sauvignon, 15% cabernet franc. 13.5%abv. 100 points