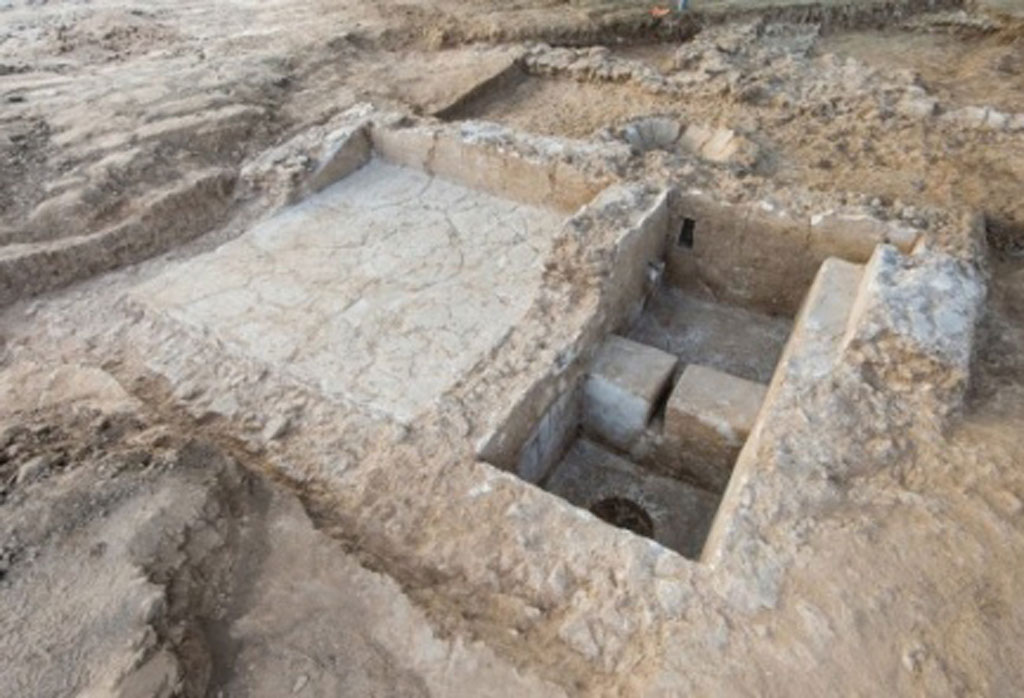 The press is roughly 2,100 years old which places it towards the very end of the period when the area was ruled over by the Seleucids – a Greek kingdom that was created by one of Alexander the Great’s ‘successors’.

The square press, which is in very good condition, consists of a flat surface where the grapes could be trampled and a pit into which the juice would flow. The sides of the press were covered in a thick layer of white plaster mixed with seashells.

Next to the press a building was discovered which appears to have been a storage facility where jugs and amphora would be kept, as well as providing some basic accommodation for the workers.

The find is just the latest in an ever-increasing string of wine-related finds in the area and points to the sheer extent of the viticultural activity in the area from the time of ancient Canaanites and Israelites, through to the Byzantines.

As Ilan Peretz,the excavation director, said: “Although we knew that there had been extensive agricultural activity, especially wine production, in the area during Roman and Byzantine times, we are now seeing evidence that the farming activity began much earlier than that.”

The IAA said it intended to preserve the press and incorporate it into the new school in some way, with the pupils being encouraged to take part in the preservation efforts.

One of the oldest and most important wine-related archaeological finds in Israel recently has been the Canaanite palace complex at Tel Kabri. A room full of wine jars was uncovered in 2013 and this spring archaeologists said they believed the palace even had its own winery.

This October meanwhile, the IAA deciphered a papyrus scroll from the seventh century BC, which as well as containing an order for wine to be sent to the royal palace also included what is thought to be the oldest written reference to Jerusalem.