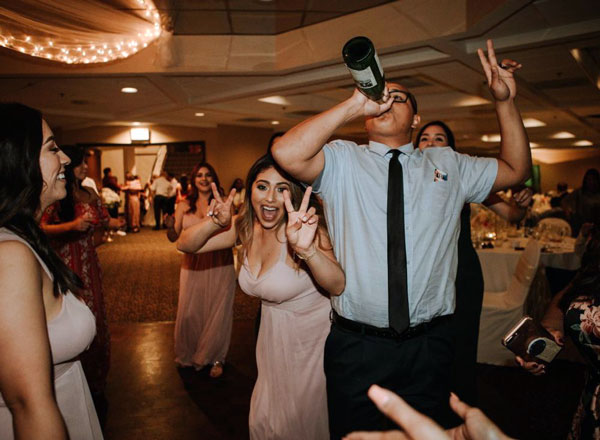 ‘A fifth of British drinkers exceed the government’s weekly recommended alcohol limit every week, according to a new poll.

The UK guideline recommendation is to consume no more than 14 units over a seven-day period. This is the equivalent of five pints of beer or seven glasses of wine.

But 21 per cent of drinkers said they routinely exceeded this.

According to the poll, which was commissioned by Yorkshire Cancer Research, at least one in 10 said they drank every single day. However, at least half said they had attempted to cut down during the past five years.

The poll, which has 3,000 participants, also found six in 10 have no idea how much the recommended weekly limit is.

In fact, 14 per cent believed the limit was 21 units – seven units more than the guideline amount.

“There is no safe level of alcohol consumption when it comes to your health,” said Dr Kathryn Scott, chief executive at Yorkshire Cancer Research. “Drinking alcohol is now the leading risk factor for ill health among those aged 15 to 49 - and can cause cancer.”
Read more

She continued: “Seven different types of cancer are linked to drinking - including 8 per cent of all breast cancer cases and 6 per cent of bowel cancers.”

Even though to poll revealed that seven in 10 participants were unaware that any amount of alcohol can increase the risk of developing cancer, at least 79 per cent said they would continue to drink.

On average, drinkers in the UK consume alcohol twice a week, getting through nine units, but 42 per cent said they indulged more frequently than this.

However, a third admitted they would like to cut down on their drinking, partly due to concerns about the potential impact it can have on their health and wellbeing.

And around half of drinkers said they had successfully managed to abstain from booze for a month or more.

For 37 per cent, this led to a sustained reduction in the number of units consumed, but 51 per cent said they reverted back to drinking the same amount.